Building your muscles and developing your strength can be hard work. With hours of lifting and complex weight training on top of eating the right number of calories and hitting your macronutrient targets, it’s easy to plateau. Or, even worse, reverse your results and end up with more fat than muscle.

You need every leg up you can get, which is where many athletes and weightlifters turn to dietary supplements. One of the most often overlooked ingredients is epicatechin, but it is growing in popularity for its potential to help you achieve greater gains and an overall improved physique. Let’s take a closer look at epicatechin and see how it can help to increase your strength and muscle growth. 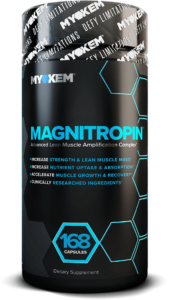 Epicatechin is a bioactive compound that is classified as a class of flavonoid known as a flavonol. That simply means that it is a type of chemical found in plants and is responsible for giving certain plants their color.

Epicatechin naturally occurs in a variety of foods, including grapes and green tea leaves. However, it is most famously known for being a component in dark chocolate and cocoa beans. Of course, different foods contain different amounts of the compound, but dark chocolate contains the highest concentration. The darker the chocolate, the more epicatechins. A gram of pure cocoa contains about 3 milligrams of epicatechin.

The Benefits of Epicatechin

For weightlifters and athletes, epicatechin is becoming popular for its potential to enhance muscle growth and strength.

Research shows that epicatechin’s main effect on your muscles involves the chemical myostatin. Myostatin is a type of protein called a myokine. It is naturally produced and released in your body by myocytes, which are the cells that make up your muscle tissue.  Myostatin acts on the autocrine functions of your muscle cells to inhibit the growth and differentiation of muscle cells (a process known as myogenesis). In other words, it directly suppresses the muscle growth. Humans and animals who have myostatin deficiencies show huge increases in muscularity. Follistatin, another myokine, is a direct contrast to myostatin. Where myostatin suppresses muscle growth, follistatin promotes it by hindering myostatin signaling pathways.

While studies have been done on various ingredients that may either interfere with myostatin or increase production of follistatin, none have been found successful until epicatechin. Studies found that supplemental epicatechin increases the ratio of follistatin to myostatin in humans. Follistatin works by binding to myostatin receptors, essentially preventing myostatin from properly activating. This theoretically equates to larger muscles.

How Epicatechin Affects Your Health

Epicatechin’s main mechanisms revolve around its potential to increase muscle mass and strength. In one study, subjects given 170 milligrams of epicatechin per day showed a 16.6 percent decrease in myostatin and a nearly 50 percent increase in follistatin. Strength was measured and showed that subjects were found to be about 7 percent stronger.

Studies also suggest that epicatechin may be beneficial to your heart health. The compound has been shown to reduce lipid peroxidation, which refers to the cellular damage and degradation of lipids. Epicatechin may also inhibit platelet aggregation, preventing the formation of clots in your heart.

The compound has also been found to regulate nitric oxide, a molecule that plays a role in a variety of important bodily functions, particularly in promoting communication between cells by the transmission of signals. The interior lining of your arteries (the endothelium) produces nitric oxide. It relaxes narrowed blood vessels to increase blood flow and oxygen. However, the buildup of plaque can reduce the natural production of nitric oxide. Along with heart health, nitric oxide has been found to:

Epicatechin’s effects on nitric oxide also potentially mean increased endurance. Studies on mice showed increases in nitric oxide and endurance, even when the mice were not exercising regularly. For athletes, weightlifters and other individuals looking to increase muscle, a boost in physical endurance means you can go for longer and harder when lifting weights and working out at the gym while sustaining plenty of energy even when you are at the office or out on the town.

Epicatechin may also positively effect on your body composition. Studies found that subjects who consumed dark chocolate showed a reduction in body fat even though they had increased their caloric intake. The study concluded that the reduced body fat was a result of the high epicatechin content in the dark chocolate. The combination of fat loss with increased muscle mass results in an overall improved body composition.

As a flavonoid, epicatechin also possesses powerful antioxidant properties. Natural oxidative stress causes the production of free radicals, which can potentially damage cells and cause mutations that could eventually lead to serious disorders, including certain forms of cancer. Antioxidants, like epicatechin, work to neutralize free radicals.

How to Take Epicatechin

As great as epicatechin is, it does not mean you can gorge yourself on dark chocolate. Most dark chocolates you will find have too many added sugars and preservatives that can hinder your overall health and potentially slow down your workouts.

The better option is to use dietary supplements. While there are a wide range of supplements containing epicatechin, Magnitropin™ from MYOKEM™ presents one of the best options. As a testosterone booster, Magnitropin™ offers a unique formula that can increase your endurance, appetite and strength for improved strength and muscle mass. If building muscle presents some difficulties, epicatechin may give you the edge you need to increase strength and improve performance.